This year everything is different.  I urged Americans to vote as the United States stepped back from the brink of Fascism - while Russia plunged right in. I have trouble concentrating and I've only read a couple dozen books this year. Serials on Netflix or Amazon don't grab me any more; mostly they wander off into episodes that just serve to prolong the season. (I must confess to the guilty pleasure of  Emily; I pretty much ignore the plot and just bask in the shots of familiar places around Paris.) The Twins and the Mets seriously disappointed after promising starts. The Vikings, after dubious starts, exceeded expectations.

On the positive side, things are opening up and, carpooling with my friend Alexandra,  I've seen lots of shows. There's so much talent and arts everywhere you look in the Twin Cities. How many times have you driven through deserted streets in the dead of winter to some basement or dive bar where a handful of people were watching a performance you'd pay $50 or more to see in New York City? Over the years I've attended an avant-garde play in someone's  garage (afterwards, hot dogs on the grill in the back yard), seen a rock band in a hair salon, a play in a swimming pool, ballet in the parking lot of a brewery, a dramatization of Donald Barthelme (!!!) at a vintner, puppetry at the  House of Balls and countless events at loading docks and a Bowling Alley. 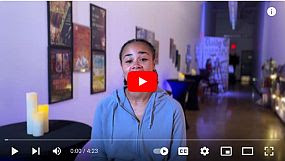 One night Ed Jirak and I drove out to Inver Grove Heights to a theater nestled between a Haunted House and a dance school in a tiny strip mall, to attend a production by a group dedicated to "telling redemptive stories of faith, hope, and reconciliation." We saw a moving drama about fairly dry legal subjects. It starred James Ramlett who grabs the audience's attention from the minute he steps on stage.
Thanks to Hamil Griffin-Cassidy for turning us on.
My Favorite New Soloist    Daniel Volovets       LAKEWOOD CEMETERY 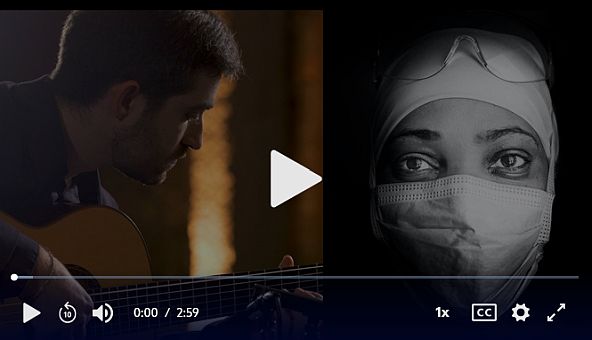 I first caught Daniel one afternoon at the Gamut Gallery: masterful renditions of flamenco, Brazilian  jazz, classical and his own compositions. I was amazed to learn he's also doing a residency in psychiatric medicine at Hennepin County Hospital - as if that wouldn't be enough work these days ( I've had 4 confrontations with crazy people downtown lately.) He also played in the Minnesota Opera production of Carmen and I just found out he's publishing his guitar tabs and writing a novel!
My Favorite New Singer      Tori Evans             TWIN CITIES PRIDE FESTIVAL 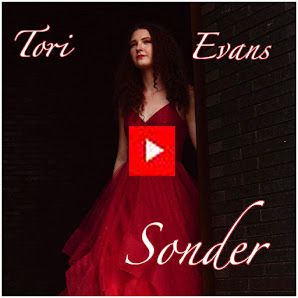 Tori Evans is currently a Junior at Berklee College of Music. In a couple years, with those looks, that voice, the band and a solid gold education, she's going to go far. 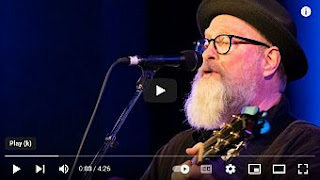 There's some great new bands in town - or at least new to me. I love Little Man, Lolo's Ghost, The Muatas, Cindy Lawson, Tragic Hands and especially Annie and the Bang Bang. My favorites though are a multi-talented, all-star, cowpunk group called The April Fools. Their latest album, Wonderland got a great review in T.J. Music and you can listen to it here. 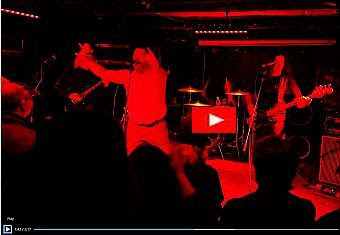 These new bands play great music but I wouldn't describe any as being loud, drunk or obnoxious. Honestly, they hardly sweat, let alone visit the audience with obscene gestures or gross fluids. When Dumpster Juice played at Palmer's, some kids got up and started slam dancing!

My Favorite International Band     (A tie) 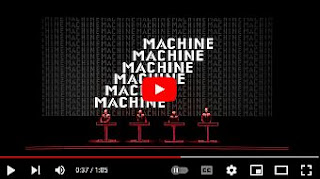 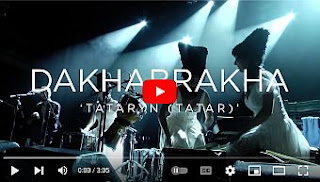 Ukranian Folk Punk. Special Thanks to Lowell Pickett for bringing this group to the Dakota 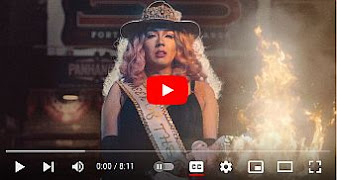 Two weeks after the Supreme Court struck down the right to abortion, this gay cowboy sold out 2 nights in the Main Room. It felt like a proclamation that, yes!!! there is still a real world here, a world of people loving whom they will. Pete, the bartender at 1st Avenue, remembered us and greeted us with free drinks for old times sake. He took this picture of me with Sarah and Cassandra who originally turned me on to Orville Peck.

My Favorite Party
Every year Anne and Walt celebrate the Spring Equinox with a burning of the Xmas trees. After Christmas the neighbors give them their trees so by March the branches are dry as kindling. The trees catch fire with a big Whoosh! (Photos courtesy of Alexandra) 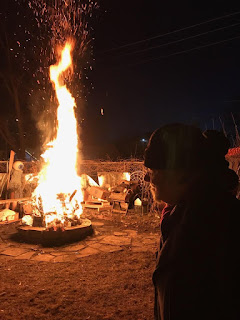 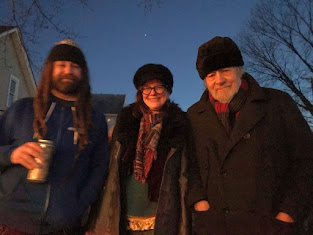 This year Dale T. Nelson was there with a set of musicians. Dale is an icon of Minneapolis rock, both as a performer and a fan. He's a living breathing embodiment of rock and roll history.  (Dale's videos courtesy of Rick Lawrence von Bitter)

My Favorite Art Show     Art is for Everyone   GAMUT GALLERY 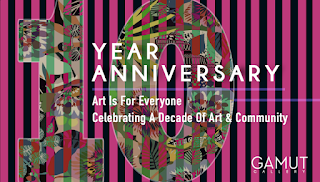 Imagine how thrilling it would be to have your art displayed in a gallery. Then imagine how much more thrilling it is to actually be on display! I was so thrilled I made up a catalog of all the art I own.

For Gamut's 10th anniversary they featured 10 art collectors along with a work they had bought at Gamut. I didn't have to hang on the wall or even stand on a pedestal. Here's how it worked. 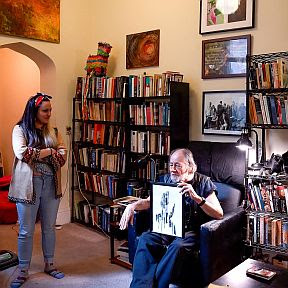 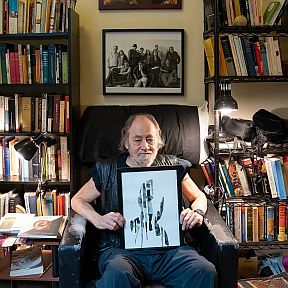 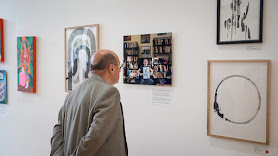 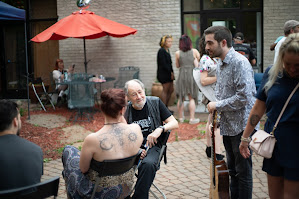 In the summer of 2010 I spent 2 weeks in St John's, Newfoundland, with a brief side trip to the French islands of St. Pierre & Miquelon. So when I read in the Times how to Read Your Way Through Newfoundland, I started down the rabbit hole. The action in the trilogy is swift  the personalities are engaging and it gives you an idea what St. John's is like. What is it like? Imagine Duluth as the capital of Texas, with lots of arts funding. 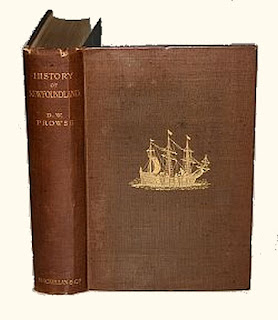 The full title is A History of Newfoundland; from the English, Colonial, and Foreign Records. You've heard big volumes described as doorstops. Well, at 800+ pages, almost 5 pounds. A History of Newfoundland would stop a charging rhino. In fact the book is something of an encyclopedia! Each chapter is followed by the full text of the official documents referred to: Acts of Parliament, treaties, deeds. etc. Historical events are illustrated by personal anecdotes and footnotes crawl across several pages. They don't publish them like that any more.

Daniel Prowse, the author, is a character in the first book of the Trilogy. Even the book plays a role. The father of the main character reads it incessantly; he becomes so obsessed that he finally heaves it off his back porch. The hero discovers it a year later and painstakingly dries out the pages. 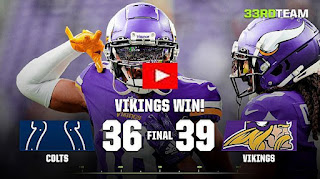 Historically the Vikings have gone into the playoffs with strong teams and All Star players: Fran Tarkenton, Randy Moss, and the Purple People Eaters. Their record is 0 for 4 in the Super Bowl. This year they've been clobbered by a couple strong teams and only miracles have saved them otherwise: like this 0 - 33 comeback. According to the philosopher Hume, however, actual miracles would violate of the laws of Nature so - you really can't count on them for the playoffs.

And the serious stuff

When my mother was the age I am now, she got depressed seeing her friends die off. I knew I'd never have that problem  because my friends were all much younger than me. Actually it didn't work out that way. Some of my friends were heavy drinkers or drug users who started to drop off years ago.

Recently two other good friends have died: a man I went to college with and Kohl Miner at the age of 61, one of the most interesting and entertaining people I've ever hung out with. Many others here whom I love, people younger that me, are dealing with serious medical issues. Most heartbreaking of all, my own children are fighting cancer and other life threatening diseases. The day after Christmas in 2020, I got a call from Ian's wife telling me he had been diagnosed with stage 4 cancer. He's been fighting bravely ever since - chemo every 3 weeks. In the meanwhile my emphysema keeps getting worse and now I carry around an oxygen machine.

This year we celebrated another Christmas with Ian, a Christmas we weren't sure we would ever see. The family all went to Christmas Carol at the Guthrie, another item checked off our Minnesota-Thing bucket list. Ever since covid, we have become used to living with unbearable loss, a habit that's both consoling and troubling - a consolation because now you know you're strong, you can live with it; troubling because nobody wants to live that way. You may not have the edge on death but sometimes you can keep it at bay - and live your life in the mean time.

And life does go on, and even at it's most normal, it can be a marvel and a miracle. This is my great grandson, Lennon English, holding his sister, my great granddaughter, Kennedy Jane English . She was born prematurely in December 2022 and just came home from the hospital today. 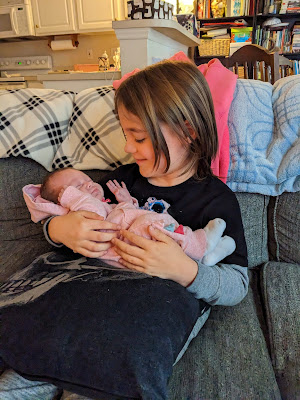