Three Things I Accomplished this Year with the help of my friends.


Rich and Tabatha and I had started work on a new album to be released on my 80th birthday but the virus got in the way, We've finished the first two tracks above: a cover of Pumpkin by Tricky and me reading Jim Morrison's poem, Ghost Song.

My friend Mina Agossi in Paris, asked me to make a short video about arts and the corona virus. I live around the corner from this plucky little art studio called the Gamut Gallery which is struggling to stay open in the pandemic. One of the owners, Jade Patrick, is a cinematographer and she helped me do this clip. Mina is collecting a dozen other videos from around the world to release in 2021.

I grew up all over the world. Every two or three years it was a new country, a different culture, sometimes even another language. At the age of 14 I moved from the jungles of Paraguay to Geneva, Switzerland. In Europe I discovered culture: museums, classical music and jazz, Shakespeare. I realized I had an intellect and I consumed volumes of philosophy and poetry with the same enthusiasm (but not the destructive effect) of a barbarian descending upon Rome  .
In 1956 I moved to the United States for my senior year in high school.  It was a country where I had to hide my copy of Tropic of Cancer in my pocket to get through customs, where job ads in the Washington DC Post were separated by gender and then subdivided into White and Colored, where people were jailed for being communists or just gay.  Everything in the U.S felt repressed: politically, sexually and culturally.  It was a grey country, like The Man in the Grey Flannel Suit.
The 60s loosed  a burst of Day-Glo colors but it wasn't until 1980 with the shock of a divorce and the advent of punk rock that I found a home in the US. I did spend a couple months in Paris in 1987 but only when the internet came along was I was able to establish a network of friends there. At last I'm bringing the two threads of my life together by telling the story of our little block in Minneapolis to people in Paris and elsewhere. For the first time in my life I feel like a whole person.

Tabatha's and My 15th Anniversary

I met Tabatha Predovich on the day I qualified for Social Security. She came to the Spy House coffee shop in response to an ad for a singer that I had placed in the City Pages (That's how people communicated back in the Stone Age.)

It was the luckiest day of my life. The punk tradition was that 3 or 4 friends with no musical background would go into a garage and emerge in a couple of weeks to take the stage with their own unique sound. I had no intention of auditioning a singer because anyone could be in a band. It was entirely by chance then, that I ended up with a classically trained vocalist like Tabatha who could perfectly articulate my lyrics. And her husband, Rich, played guitar and was a genius at music production.You can buy the book/CD on https://www.amazon.com/Invisible-Jazz-John-Christopher-Shillock/dp/B000WMG5DW 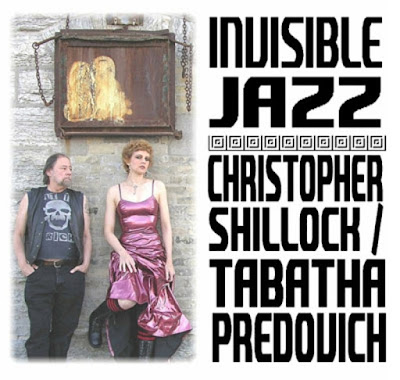 A couple months into our project Tabatha was diagnosed with cancer and we went on hiatus while she underwent an excruciating course of radiation and chemotherapy. She was the bravest person I've ever met.  As she said, sometimes you need to get close to dying to realize what life is worth.


Several years later I was diagnosed with cancer and her example became an inspiration to me and a comfort.  She came to visit me in the hospital while I was undergoing chemotherapy. I was the envy of the cancer ward. My grandson, Justin Shilllock, calls this "World's Worst Shasta ad." 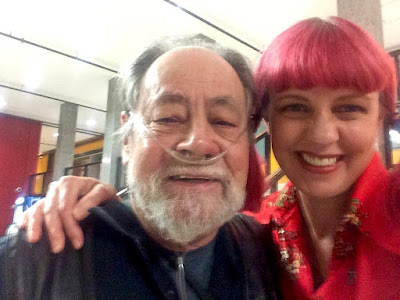 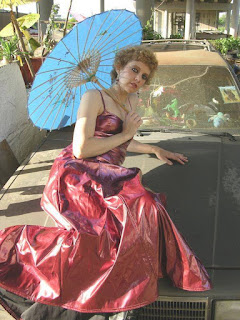 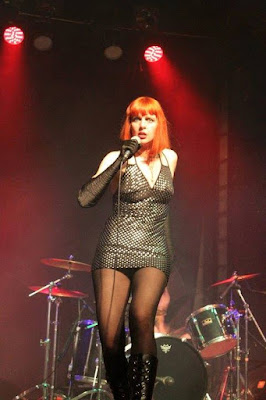 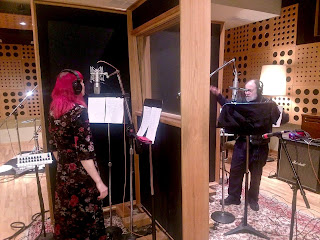 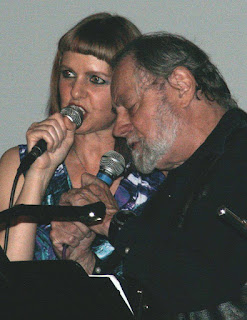 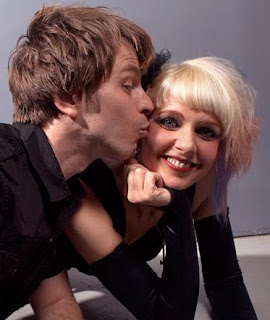 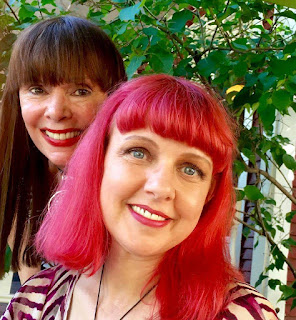 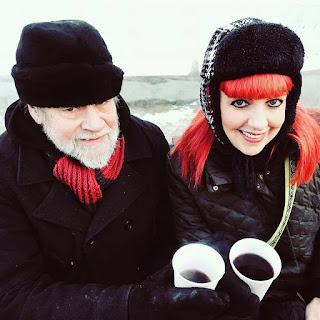 Anne Calvit Shillock , my daughter-in-law, knit me a scarf the color of Tabatha's hair. - by the Ice Palace in the Saint Paul Winter Carnuival 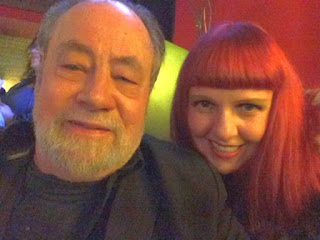 Whenever I'm feeling down I think of Tabatha's warm smile... 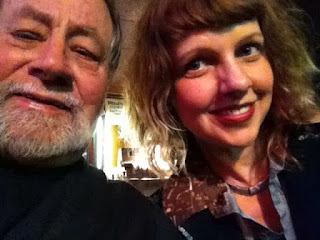 When I'm with Tabatha, she always makes me look good. — 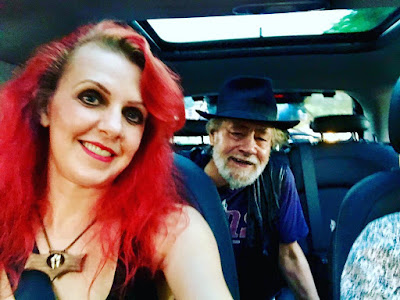 Sometimes we perform some of our old songs with Tabatha and Rich's new band, UZZA. My granddaughter, Marielle is dancing in front.

Tabatha made me what I am today. Without her I'd be just a songwriter without a singer. As for Social Security, well it barely pays the rent so I'm still working.

My 60th birthday I celebrated with a big dinner party where everyone took turns reading aloud from an hour-long  poem I wrote. The event was chronicled by Emily Carter Roiphe in the society pages of The Pulse, a local weekly. At age 70 I wrote a somewhat self-congratulatory piece acknowledging that, while I had done some good things and some bad things, mostly when I was drunk, I had done more good things than bad, highlighting my contributions to the world as a poet, a party giver and a producer. That was posted on the old MySpace website.
A lot happened in the next 10 years and I'm not so sure of myself any more.  5 years ago I was driven from my home by a psychopath named John Mullaney who lived in my building. The next couple years I stayed in rooms at my friends' houses -  couch surfing almost. I had been diagnosed with lung cancer and was undergoing radiation and chemotherapy then. Next the company where I worked moved out of the city so I was left looking for someone to hire me at the age of 75.
I had always been afraid of ending up old and poor. I'd seen those people creeping through the aisles in the neighborhood grocery or cringing back in their seats on the bus.  What I experienced though, were the advantages of being an upper middle class white boy.

The thing is, I still came from a middle class background. I had friends with large apartments; one of them was even a landlord. I still had my college education: in fact my old college roommate offered to help me out financially - not only had I been to college but I had lived in a dorm. Most tellingly I endured a year and a half of unemployment without falling into a depression and giving up hope (i.e I haven't been oppressed my whole life). Now I see myself as less the master of my fate than the recipient of unearned grace.
It's true that people are happy to help me. I'm mostly accounted a good person, even dismissingly a "nice guy". However others are not aware of how often I do the right thing because I want to keep people's respect. If I could get away with being a bad person, with being careless or even cruel, I'm not sure what I would do.

Lately I haven't even been true to my own principles. When Mullaney, the psychopath. was attacking the people in my building he filed restraining orders against us. In order to keep my home and preserve my good name I was forced to collaborate with the police to challenge him. In the last year I've donated thousands of dollars to Go Fund Mes for small businesses hurt by the corona virus. My new landlord hasn't raised the rent for 3 years and he takes care of all repairs within hours. My company moved back to the city. They're paying me $1.00 an hour more than I got before and the HR director delivers food to employees in quarantine.
I've always hated the police. I hate money and  property.  I hate landlords and bosses too. In Streetcar Named Desire, Blanche Dubois famously proclaimed "I've always depended on the kindness of strangers". Now I'm dependent on the kindness of my enemies.
Posted by TCBard