Great friends and great music. I went along with Rich and Tabatha and Greg. Lynette was there and Amy was celebrating her birthday. Kat, (the go go dancer with the red hair) got us all out on the dance floor. Jon Copeland took these movies.

June 2021 and it felt like we had broken the back of the pandemic....  I guess you should never assume you've got an edge on death.

Most of all for portraying the rich as a bunch of schlubs and schlemiels. Also for excellence in every aspect of the production, from acting to camera work to the soundtrack by Nicholas Britell and especially the writing. Here's Kendall, top in line for succession (the most precarious spot to be in) addressing Greg, the schlimazel of the family. Greg has just asked Kendall whether he can date Kendall's secretary. Kendall's whiplash staccato just macerates him.

My Favorite Book  The Hapsburgs: To Rule the World

In college I studied Greek and Roman classics.  I read Medieval literature in Grad school. The world after the French Revolution I've learned about from living in it. But Europe from the Renaissance through the Enlightenment, 1492 to 1789, has eluded me.

I love narrative history but there's no coherent storyline in random sequences of armies pillaging cities and castles across Europe. The Hapsburgs, though, were usually at the center of things, either as rulers of Spain or Germany or both or as Holy Roman Emperors or, at the end, of the Austro-Hungarian Empire. Now that I have a handle on the Hapsburgs maybe I can figure out the War of the Spanish Succession.

The title says it all. 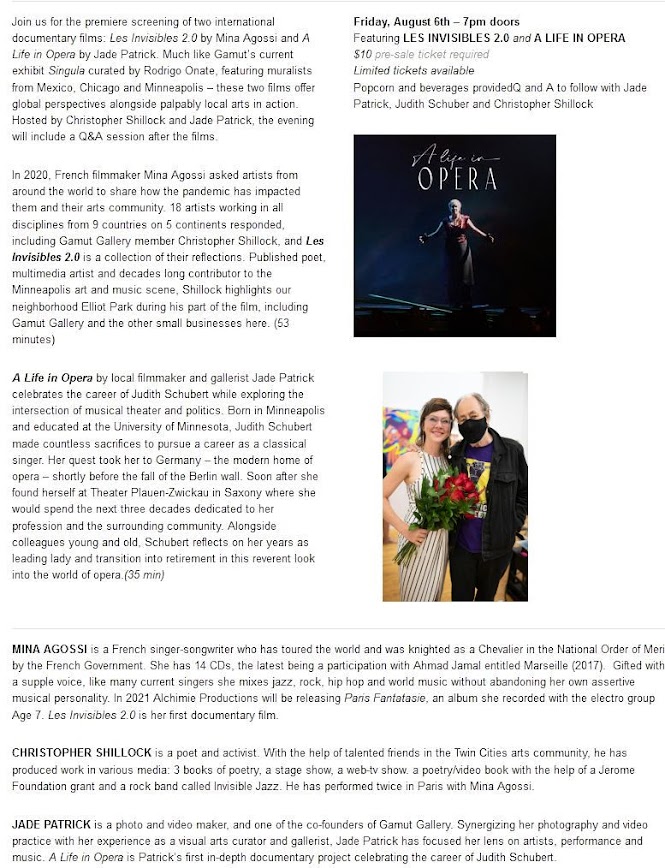 A potluck in their back yard. Family showed up from all over: his brother Bret came from North Carolina as did Syd, his grandmother along with his mother Jeannie with her husband Earl; also, from New York his aunt Erin, his nephew Justin came from Virginia. Locally his old bandmates showed up as well as his long time bestie, Stefan Bergeron. 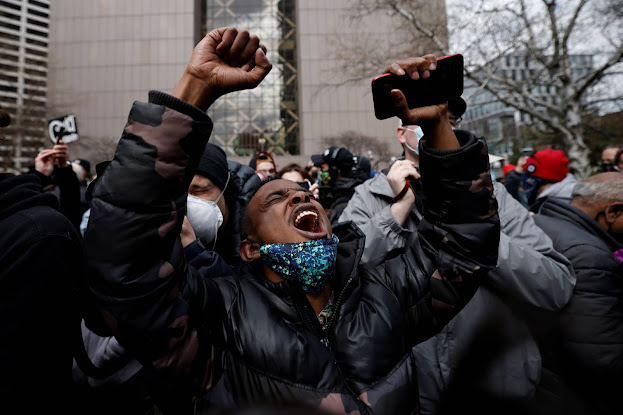 My office is about 3 blocks from the courthouse. When the word came down that they had reached a verdict, the company let everyone out early so they could attend the rally! (Actually they told people they should go home.) Press was all over the courthouse and the crowd grew larger and more focused over the next hour. I ran into a friend who had MPR on her cell phone. When the first verdict came, a huge roar burst from the crowd GUILTY, then my friend relayed the other two verdicts. ALL THREE COUNTS!!! Afterwards everyone on the streets was honking and waving at each other.

What I Figured Out This Year

A year ago - literally  one hour after I finished this report for 2020 -  I got the call from Anne. Ian was in the hospital: He'd been diagnosed with an incurable cancer; tumors which had spread from his lungs to his brain. That's been my reality for the last year.

Nothing I ever read or imagined even remotely prepared me for this. I used to disdain the excuse that things could be worse; things could always be worse. Now I cling to that consolation.  I've heard from parents who lost their children through overdose or by car accidents or, the most heart-breaking of all, from suicide. At least I have the satisfaction of telling my children that I love them. I make a point of doing it now. I have family in North Carolina whom I've almost lost touch with  Now I call all my sons regularly just to see how they're doing.

Anne just wrote to us: "Fast forward to today, and yes, he does have cancer, and no, he won't "beat it", but damned if he isn't giving it a run for its money! He may not have the strength, energy, and endurance he had before this started, and he still has some ongoing deficiencies with dexterity and memory, but he's doing hella better than I think anyone could have or would have predicted at this point!"

Ian was the one who delivered my groceries when I was in quarantine. Just recently he and Anne spent two days teaching me how to use a smart phone. Nobody ever wants to live long enough to see their children die. I wish it were me instead. Now I take no pleasure in the mere fact of my survival  My birthdays are a source of embarrassment.

In my life I've traveled to four continents. I've seen performances by all sorts of legendary musicians from Segovia to Johnny Rotten.  I was in New York in 1969 the day the Mets won the World Series and the City erupted with joy. Most marvelous of all, I lived in Minneapolis in the 1980's when every week fresh and exciting artists would seem to emerge from garages and basements. I had a book of my poems published. I've acted in Shakespeare on stage and I've fought the police in the streets. At the age of 65 I started my own rock band. These days I go to Paris and hang out with jazz musicians. I've had more fun than anyone has a right to.

I'm 81 years old. I want to stay with Ian to the end.but if I were to die tomorrow, I couldn't complain. Anne, whose grief must be even greater than mine, also writes " take some time to slow down and appreciate what you have, to be there for and comfort those who have experienced loss, and just be kind to each other, damn it."