The Ashmore Building is at the corner of 6th Ave SE and 4th St. SE near the University of Minnesota. It was once a residential hotel. You can see the patio between the two arms of the building where we would sit and smoke and drink wine. My children grew up here. 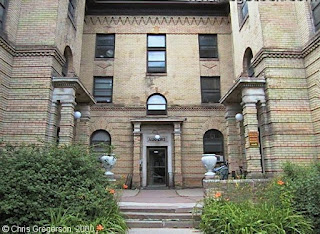 Florence Court along University and 10th Avenues SE was a very special place. It was row houses built around a central courtyard with a barbecue pit in the middle. Weekends people would bring out food and drink and sit outside and cook. Evenings they  would open up their apartments and you could wander through and visit. The driveway was cobblestone and when you came in at night, it was like you had gone back a century. I lived here with my son, Ian in the very same apartment once occupied by a great-aunt named Mathilda Shillock and her daughter Anna in the early 1900's 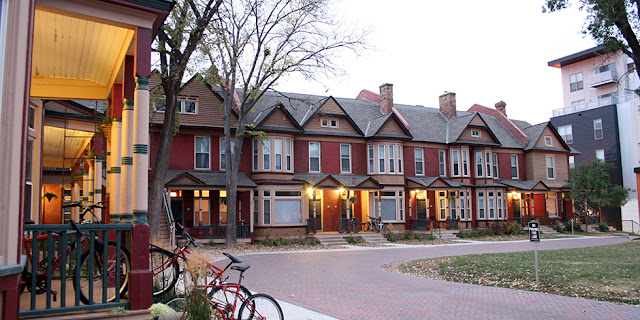 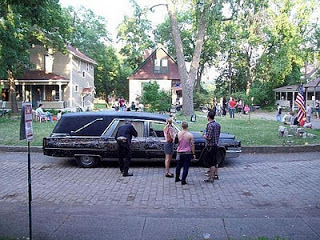 Florence Court was such a special place it was awarded historical status despite the owner's objections.  That whole story is charted here www.placeography.org/index.php/Florence_Court

The Windsor Apartments in the Stevens area had also been a former residential hotel. These places tended to be elegant old buildings. I lived here with Ian.

The Handicraft Guild Building was one of the last illegal loft spaces left in Downtown Minneapolis - the landlord chose to look the other way. It was 3 blocks from my job, a block from Orchestra Hall, 5 blocks from First Ave and, since 2003, a half block from the Dakota where I met famous jazz artists from all over the world. 450 square feet for only $300 a month. I'll never find that again. 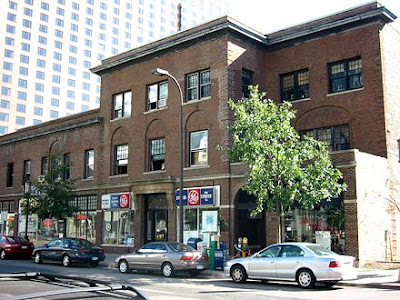 The Handicraft Guild  was the first art school started by women in the Midwest (Grant Wood studied there) and got historical designation in 1997 despite the owner's protests. In fact, to my knowledge, I've lived in the only two sites in Minneapolis that received historical protection over the owner's objections.

Also an article in the City Pages where I'm quoted after they kicked everyone out.  I had spent over a third of my life in the Handicraft Building.

The owner of the Drexel Apartments doesn't have to worry.  It already has historical status. Cartoonist Carl Barks lived there from 1931 until 1935 when he moved to Hollywood to join the Disney Studio and became eventually the creator of Scrooge McDuck (http://www.cbarks.dk/theminnesotayears.htm).

Elliot Park used to be a dangerous neighborhood and is just starting to gentrify. That's not always a bad thing - years ago someone tried to take my money in a parking lot nearby. Here I've managed to reboot my life with the help of a neighborhood veteran like the Band Box and newcomer Gamut Gallery - who was also my neighbor back at the Handicraft Building. 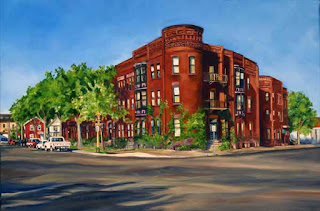 My new room is about half the size of my old place but I'm down to a couple hundred books so I have room on the walls to hang my artwork.

I've been very lucky to find some beautiful apartments here. I certainly appreciate Minneapolis for accommodating the tastes of this old refugee from Greenwich Village.
Posted by TCBard